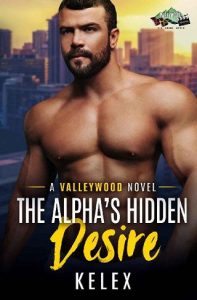 A year ago, Alpha Dominick “Dom” Harper made the move to Valleywood to find his way onto the big screen, but he’s only managed to land a few roles in student flicks. To make ends meet, he spends his nights working behind the bar, mixing cocktails for the brash and beautiful. One evening brings him face-to-face with the owner of the newly opened Viper Productions—and an invitation for an audition with plenty of strings attached. An audition that has Flynn Walker in attendance, the film’s omega director—and his mate. Already twisted into knots by the film’s producer, Dom can’t pursue what’s his. At least, not openly. Flynn Walker isn’t ready to jump into the sack with Dom, either. Few omega directors exist in Valleywood, and no one wanted to invest in his vanity project except the new production house. He’s not ready to put his career his project in jeopardy over a man. Even if that man is his mate. Can Dom and Flynn figure out a way to be together without ruining their careers destroying the movie that brought them together?