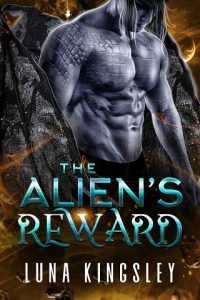 The assassin is ready to claim his mate.
Sarah isn’t usually one for adventure. Hard work? Yes. Dedication? Absolutely. But traveling across space as part of the intergalactic educational program to further her medical degree required some convincing. So, when her ship crashes and she’s kidnapped by a winged alien, she focuses on figuring out how to escape. It wouldn’t be so hard if she didn’t have to fight the growing attraction between them. Who knew such a masculine alien could be so attentive and sexy at the same time?

Vah’all is devoted to his homeland and the warriors he calls his brothers. Ever since they took him in as a young orphan, he’ll do anything for them…including the dirty work. It’s his job to destroy the human’s ship but the instant attraction to the curvy human is unexpected. He does what he’s never done before—he takes her as his own. He’s never gone against the elders before but there’s a first time for everything. The way she makes him feel? She’s worth the risk.

Strangers aren’t allowed on the secret sky island of Bameh. When he brings his prize home, he creates division so vast among his kind, things will never be the same. Will Vah’all and Sarah be able to overcome all the things trying to keep them apart? Or will Vah’all be forced to send her home where she’ll be out of danger?

The Alien’s Reward is the first book in a steamy new science fiction warrior romance series. Vah’all and Sarah get their HEA while some plot points will continue into the next book.