Home
Romantic Suspense
That Was Before by Dan Lawton (ePUB) 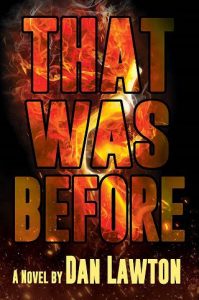 That Was Before by Dan Lawton – Free eBooks Download

An hour after Randolph Spiers quits his job as a mechanical engineer, he finally approaches the woman he’s eyed at the supermarket, only to watch it explode minutes later with her trapped inside. The old Randolph would have gone home to his adulterous wife and forgot about it.

The new Randolph tracks down the woman and drives her cross-country without a plan or Midwestern destination in mind. Even with his old life in shambles, that may be the least of his problems. The enigmatic woman next to him is running from her past too, and as trouble closes in and the truth behind the explosion is revealed, he’s forced to question everything he thought he ever knew and felt-and everyone.

Now he must decide whose side he’s on. And he doesn’t know who to trust.