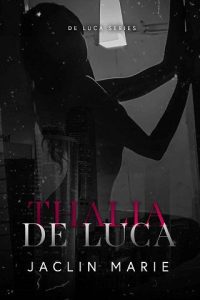 Thalia De Luca is not only heir to the Italian Mafia, but also the daughter of the most power people in the world, Ace and Aria De Luca.

She gets her beauty from her mother and her cold guarded personality from her father, which makes her one of the best seductresses in the game. She knows how to make a man kneel to his knees for her.
Alexander Russo is one of the biggest players known in the Mafia world. He knows how to not only mess around with women but also push Thalia’s buttons. He is good with guns and fighting but the only thing he isn’t good at is communicating with Thalia De Luca.

When both Thalia’s and Alexander’s parents come together to assign an arranged marriage between the two, will sparks fly or will they burn in sorrow?