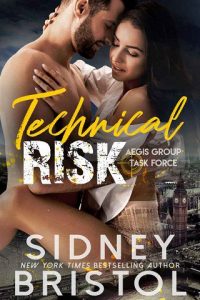 Diha Balakrishnan knows she should be focused on the task force’s latest objective, hunting down a notorious hacker. Ever since joining the team her career has been as exciting as she dreamed, but it’s also lonely. Which is why she has a secret goal, one only her closest friend knows about. She wants to catch the eye of the sexy British spy.

Miles Green’s career is on the ropes and he’s not thrilled about being tapped to work with an American team. The chance to catch the hacker responsible for derailing two commuter trains is too good to pass up. But then he sees her. The woman with the sultry eyes, and Miles begins to wonder if she’s what his life has been missing. He’s always been a work first man, but she makes him want more.

After half the team is falsely arrested, it’s up to Diha and Miles to work together and bring the hacker down. It’s a job that requires them to work closely together, which makes ignoring the sparks that much more difficult. But while the flames burn hot between them another threat looms.