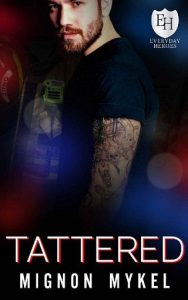 Giovanni Ziino is a family man.
Too bad his high school sweetheart decided being a firefighter’s wife was no longer in her cards.
Being single doesn’t stop him from being a foster parent for kids in need of a safe place, though, and when a woman races to the firehouse, frantic to surrender her baby, he tells himself he wants to be the baby’s placement because he misses have kids in his house—it’s not at all because the mother stirs something within him.
When the two-week period is over, Giovanni figures he’s in the clear. He can adopt the little boy he’s named Hunter.
But just like a shift as a firefighter, life takes unexpected turns at unexpected moments—including a re-appearance of Hunter’s birth mom.
Now Giovanni has new flames to battle—the fire within him to keep the baby safe, and the one burning for the woman with pain and secrets in her eyes.