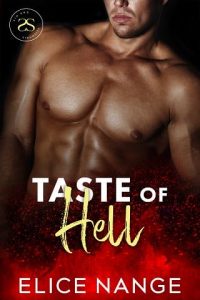 Hell isn’t fire and brimstone. It’s the monsters lurking in your soul.

Dahlia ‘Daa’ Brewer’s entire life had been laid out for her. As one-half of the famous identical Brewer twins, she was dubbed the Perfect Twin. A title she never wanted, but one she felt obligated to live up to. She was the perfect daughter. The loyal sister. The devoted fiancée.
To the world, it was the perfect life. To Dahlia, it was the perfect façade.
However, that illusion shatters when the ultimate betrayal sends her life crashing down around her. Picking up the pieces, Dahlia vows to live her life on her terms — without regret.
Clark “David” Holcomb is a walking contradiction. Cruel, yet compassionate. Powerful, yet gentle. Arrogant, yet humble. And from the moment he set his eyes on her, he wants her — come hell or high water.
But when what was purely physical turns into something neither of them bargained for, he wonders if he made a mistake.
He is everything she wants but couldn’t have. She is everything he needs but shouldn’t want. They were playing with hell, and the monsters were ready to pounce — but hell had never felt so good, and neither wanted to stop.
They both hold secrets that can destroy. Dangerous secrets. Deadly secrets. And when they collide, it won’t be a matter of if they can come out unscathed — but if they can survive at all.