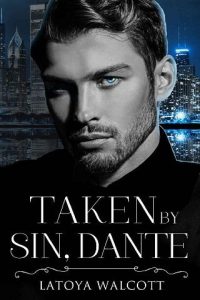 Dante is lured and kidnapped then taken to the Carpathian Mountains. Later he is turned into a vampire by the Mistress of Death and Despair, Mariska. After months of torture, he finally escapes her unrelenting grip. Dante flees to New York City, his hometown ,where he begins to find solitude. However, strange and unexplainable deaths have been happening in the city, which gains the attention of Cassie, and the secret agency she works with. When Cassie gets a call and rushes to the crime scene, she is mugged and Dante sees it happening. He stops the criminals with ease and then disappears into the night, sparking Cassie’s interest.

After learning of another mysterious murder, Cassie places herself in harms way yet again. Meanwhile Dante picks up the vampire’s scent and traces it back to the crime scene where he finds Cassie. He manages to kill the vampire but Cassie faints. With the cops close to the crime scene, Dante takes her back to his apartment. There, Dante discovers the truth about Cassie and the rest of the group she works with. Dante draws Cassie into a web of danger, desire and intrigue and slowly an unbreakable, passionate bond grows between them. Dante is shattered from his past and he is afraid of this feeling and what it will mean for both of them but he vows to protect Cassie at all cost, even from himself. When an old enemy surfaces and threatens Cassie’s life, can he truly protect the one woman he cares about?