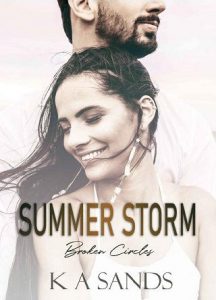 Yannick Ischmov had everything he never wanted. Money, notoriety, and the wife. The unconventional contract holding him to his biggest regret had an expiration date; one he was counting the days down to. Fifteen years of penance paid would have been easier behind a cell door, instead, he walked free and bore the weight of the shackles imposed upon him.
Jolie Summers lived in her own private hell. A scornful mother and little desire to change her life, she was content to muddle on through, not expecting more than she was given. Uninteresting was an apt word to describe the woman people affectionately called ‘Bunny’.
They’d met once before, an unpleasant experience, and their paths should never have crossed again. But they did, and the second time was far more exciting than the first. While Yannick was moving on, Jolie was standing still, yet something… something stirred between them.
Yannick pushed; Jolie pulled.
Jolie fell, Yannick rose.
Everything in between was one step closer to that perfect summer storm.
A man with a past he was ready to walk away from, Yannick ached to live the life he’d always desired. Just so happened, he’d found the woman he wanted to share it with too, and she wanted nothing to do with him.