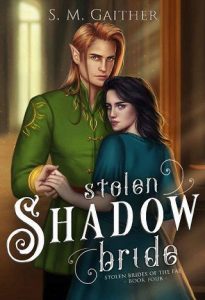 A desperate sister. A cold fae prince. A dangerous trick, and a spark of passion that might set a fragile peace ablaze…
Sephia has always known that her younger sister was destined to wed the prince of the Sun Court.
Long ago, the human kingdom of Middlemage struck a bargain with the neighboring fae that resulted in peace between them. As part of that bargain, one of the two ruling Fae courts lay claim to a human bride from each new generation. As long as anyone can remember, this is how it has been: The fae come to take their bride on her eighteenth birthday, the humans allow one to be stolen away, and the peace continues.
Until now.
Until the Sun Prince comes for her sister, and Sephia does the unthinkable: She disguises herself with magic and goes to the altar in her sister’s place.
And she doesn’t intend for her marriage to end happily ever after.
But Sephia soon finds that all is not as it seems within the cruel and sparkling Court of the Sun. The king is sick. Strange shadows paint the halls of his palace, leaving death in their wake. The prince is desperate to find answers, whatever the cost. And Sephia is the wrong bride, but she may be the right woman to help the prince save his world—
That is, if they can somehow find a way to work together… while ignoring the forbidden passion igniting between them.