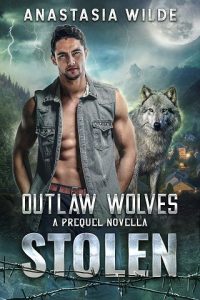 Hawk Romero, undercover wolf shifter operative, risked everything to help Ariana De León escape from her brother Rico’s South American cartel. Now Rico is bringing an army of mercenaries to get his stolen sister back—and destroy the small town where she and Hawk are hiding, near his base at Outlaw Ridge.
Gunn Jorgenson has committed the cardinal sin of an outlaw operative—falling in love with a cop. But Michelangela Connors isn’t just any Enforcer—she comes from the most legendary pack of shifter Enforcers in the country. Gunn’s ready to quit his job to be with her—until he gets an SOS from Hawk.
Something is wrong at Outlaw Ridge—and the wolves are in chaos. Without them, the town’s defenses will fail. Promising to return in a few days, Gunn leaves Michelangela behind to help his friend—and the pack he left behind.
As Rico and his cartel soldiers approach the town, both Hawk and Gunn face decisions that could save everyone they care about—or destroy them. And in order to defeat the cartel, only one of them can have his fated mate, and the other will lose everything…

The Outlaw Wolves are wild, broken, and a little bit crazy—and they take down bad guys no one else can touch. This book is a PREQUEL NOVELLA (half the length of a regular novel) with one HEA and one gut-wrenching relationship implosion, tearing the couple apart until Fate brings them back together in Outlaw Wolves Book 1: Hunted, to fight for their love.