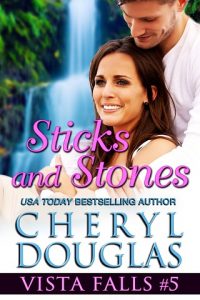 Gianna was a simple girl seeking a quiet life. But when she fell in love with a sexy rock star while still in her teens, that dream was shattered. Her life became a whirlwind of tours, buses, crowded venues, and unwanted attention. She was the girlfriend of one of the hottest front men in the country and everyone wanted to know her name. But an unplanned pregnancy brought her life to a screeching halt. She was too young to be a mom, but she wasn’t giving up her baby for anything. And her rocker boyfriend? He was ready to step up and be a dad… but not her husband.
Gunnar loved his family. He loved his career. He had it all, or so he thought. He knew Gianna wanted to make their ‘arrangement’ official, but he couldn’t get on board with the whole marriage deal. He thought he was doing her a favour, giving her freedom. He’d never even asked if she’d been with other men during their seventeen year relationship. If she had, he didn’t want to know. But when she took their two teenage daughters and walked out of his life, he was wrecked. He had to get his family back, but he didn’t know how. Especially when Gianna moved them half-way across the country to a start a new life of her own.