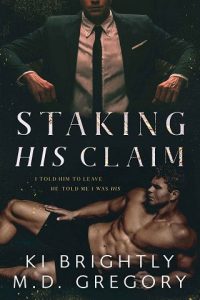 The Intern
Jaxson Bell has one goal: advancing his career by any means possible. Sleeping with men to further his aspirations isn’t uncommon for Jaxson, and his next target is obvious—the deputy mayor. Flirting with Vane is easy because he’s handsome, charming, confident, and knows exactly what Jaxson wants. It’s effortless to make a deal with Vane, who’s more than happy to exchange sex for a job at city hall. What Jaxson doesn’t expect is the very unusual kink Vane obsesses over. The oddness should be a deal breaker, but it only has Jaxson more interested.

The Deputy Mayor
Vane Elwood knows exactly what Jaxson wants the moment he approaches him because, at heart, he’s the same kind of ruthless man. He loves sex, and if he can get it free for the simple exchange of a job, he will. Vane anticipates a hasty exit from Jaxson as soon as he discovers Vane’s secret kink. To his surprise, Jaxson not only sticks around but seems to be excited.

The Right Kind of Dirty
Their relationship is meant to be purely physical, but as feelings grow, Vane and Jaxson will have to decide what to do. Vane has a reputation to uphold, and Jaxson has never had a relationship. If news gets out that the deputy mayor is sleeping with his new assistant, their careers could implode. They’ll need to use every trick in the book to keep each other.