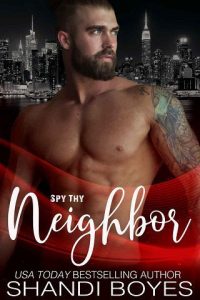 I flew across the country with one goal in my mind…. finish my book…. and maybe lick the wounds of my shredded heart.

My editor was screaming for the first draft, my agent was nagging for teasers, and my publisher was reminding me that my strict deadline was only months away. However, there was a dilemma. I had writer’s block. Not just a little spanner thrown into the works writer’s block. Writers. Block. As in staring at the blinking light on my Mac monitor for days begging for a stream of words to magically appear on the screen.

This was not my first rodeo, though. I am a well known and respected author with a New York Times best-selling status to my pen name. I just can’t write about romance, flowers, and butterfly kisses when all I want to pen is my own rendition of Basic Instinct. Ice picks to the heart, forks in eyes, and knees being slammed into assholes crotches are not solid key pointers for a sweet romance novel.

Just as I was about to throw down the gauntlet and call in my defeat, I spotted him. The bearded, tattooed man who lives in the glasshouse next door. He was in a venereal, lust filled twist with a pretty blonde who had buxom bosoms and legs that went for miles. I should have looked away. I should have respected his privacy. I should not have opened up my notepad and took detailed dot points on his technique. However, every precise thrust of his hips, snippets of his well-carved physique, and droplets of sweat running down his glistening torso had words flowing quicker than I was able to write them. He was my inspiration, my muse, my next book alpha male.

My plan was working. The words were flowing, and they were magnificent, by far my best work to date. My editor was in love with the first half of my draft, my agent was using snippets of the first two chapters to secure big endorsement deals, and my publicist was talking about a new three book deal.

Everything was perfect…. until the bearded stranger spotted me spying on him.

Author Note: Although this is part of the Enigma Series it can be read as a standalone.