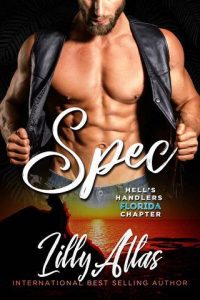 Scott survived hell serving his country. After more than two decades of service, the man honorably discharged from the army isn’t the same man who went in. Instead, he’s angry, violent, guilt-ridden, and in agony. The only thing keeping him going is the brotherhood he’s found in the Hell’s Handlers MC. Until she shows up, ruining his safe space.
Olivia finds herself in Florida, seeking out the man her brother called his best friend after her fiancé proves to be a monster in disguise. But Scott isn’t what she expected. His immediate hatred and hostile attitude send her reeling. Thankfully, the rest of his club is more receptive to her presence. But how can she stick around knowing the man she came to meet can’t stand her? Before long, Olivia realizes deep anguish drives Scott’s bitterness and sour outlook on life. His pain calls to her, causing a need to soothe the beast.
As Scott discovers the woman invading his universe isn’t who he’d judged her to be, he’s drawn to her with a power he can’t resist. But Olivia’s trip to Florida is fueled by a dark secret that might destroy their fragile connection before he can fully understand it.