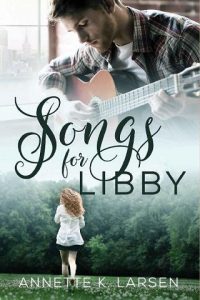 Libby watched fame destroy him. Now that she’s the one facing the darkness, will Sean’s love be able to save her?

I watched as his eyes lit with a fire I hadn’t seen in him before. His gaze dropped to my mouth for the briefest of seconds and when it returned to my eyes I nearly swallowed my tongue.

Libby and Sean have been best friends for years. Libby was there to help him rise to stardom, but now that Sean has made it big in the music industry, he’s fallen into the cliché mistakes of fame, and Libby is constantly having to pull her unruly best friend out of trouble. The emotional toll is wearing her down, but she’s afraid that putting herself first will mean leaving Sean to self-destruct.

Eventually, Sean’s recklessness lands him in serious trouble, and Libby is forced to make a heart-breaking decision. Rather than becoming collateral damage to Sean’s fame and addiction, she chooses to save herself…by walking away.

Years later, Libby has lived a lot of life, and instead of being the one to pull Sean out of the darkness, she finds herself in need of rescuing. Can she trust Sean to be there for her, or will allowing him back into her life put her broken heart in greater danger?