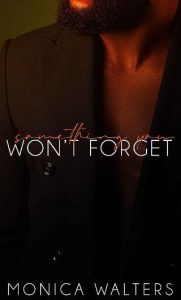 Being rejected by girls during his teenage years, Dylan Berotte chooses to live his adult life on his own terms. When he finally emerges from what he considers his ugly duckling phase, he only wants one thing from women… temporary pleasures. Simply the thought of love sours on his stomach. It isn’t until the scare of his lifetime occurs that he decides to reevaluate his life’s choices. Taking a permanent hiatus from his lifestyle of loving them and leaving them, he stumbles upon a woman that literally renders him speechless. For the first time, he doesn’t know how to proceed.

Skyler Fontenot is an upcoming attorney looking for a new start. Love has disappointed her, and, in her mind, she believes distance can be the cure. After accepting a case that is beyond her expertise, she solicits the help of another lawyer in Beaumont, Texas, with hopes of impressing him enough to where he will offer her a position at his firm. One thing she is not expecting is to meet a man that will change her life’s trajectory in the blink of an eye. Despite what she tells herself regarding love, every part of her is against her plans for herself the moment Dylan Berotte opens his mouth.

Drama is the last thing either of them want, but it seems that is exactly what’s in the cards. Dylan’s pending circumstance, at the very least, would give any good woman pause. Once it’s revealed to Skyler, it brings her to a crossroads, and she doesn’t know if she has the patience or if she trusts Dylan enough to even take a chance on him. Will she choose to risk her good sense to be with Dylan, or will she just cut ties altogether and move on in life without him?