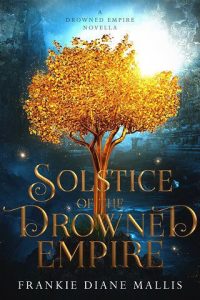 Lord Rhyan Hart, Heir Apparent to the Arkasva, High Lord of Glemaria, Imperator to the North hates everything about his title. Its length, its pretentiousness, and the fact that it connects him directly to his father, the sadistic violent man he hates more than anyone in Lumeria. The last thing Rhyan wants to do is spend the summer before his Revelation Ceremony traveling across the Empire with him for a state visit.
Rhyan’s resigned to his season of misery until he reaches Bamaria and sees Lady Lyriana Batavia. Rhyan’s sure she doesn’t remember their meeting a decade ago, but an act of kindness from her stayed with him through the years. Though he longs to know the woman she’s become, he must keep his distance to protect her from his father’s sinister political maneuvers.
But when the undeniable attraction between them garners the attention of two dangerous Imperators competing for power, Rhyan must play the villain to keep him and Lyriana from becoming pawns.
Jules, Lyriana’s cousin and best friend, is the only one to see through his facade, becoming his unlikely ally as they navigate instability in the Bamarian Court.
Though Lyriana is suspicious of his true motives, Rhyan’s plan has nearly succeeded—until the night of the solstice, when hidden enemies emerge, posing an even greater threat.

To save the girl he loves, Rhyan must play the hero—but to do so involves risking not only his heart, but exposing his most dangerous secret.