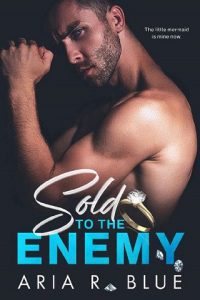 I was taught to hate him.
And then I was told to marry him.
He’s Nico Monte—the man with the reckless ways and the ruthless blue eyes.
The Monte’s are the reason why my family was exiled. They’re the reason why we had to run and hide.
They’re the most notorious crime family of Chicago, and I’ve been sold to their prince.
I’m a pawn in the game—a way to reconcile the relationship between two families. My world depends on our union.
It’s what I feared the most—becoming someone’s possession.
Only, something unexpected happens.
I see a different side of Nico—rough as he is with me in the dark, he’s capable of being gentle too.
He looks into my eyes when he calls me his ‘little mermaid’. He whispers between kisses that he meant everything he said at the altar.
I almost believe him for a second. But I know better.
The lions always hunt the lambs.
His mistake was underestimating me. They all did.
I’m no lamb. I’m the goddamn huntress.
And I have no choice but to kill whatever I’m starting to feel for my husband. My world depends on it.

Welcome to ‘Kingdoms.’ Each book is a fairy-tale based contemporary standalone set in the criminal underworld of Chicago. If you like your romance steamy and bordering on the dark side with twists that will have your heart racing, you’ve come to the right place. HEA always.