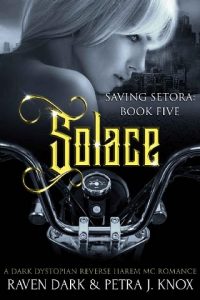 More than one evil is waiting for me and my men. Unfortunately, the one who poses the greatest danger to those I love…might be me.
It all began when the road warriors found me outside Hell’s Burning, lost and dehydrated. When the bikers took me into The Compound, I thought I was saved.
Especially when, as a Violet—a rare genetic anomaly prized above all—I’m taken in and raised by one of the wealthiest men in the world. Educated and groomed by the best teachers money could buy, I mistakenly thought he had a great future planned for me, one in which I’d be cared for and cherished.
I was wrong.
For centuries, women have been sold as slaves. In my 18th year, my benefactor reveals a truth that shatters my world. I’m to be put on display before the wealthiest of society at one of the biggest auctions this world has ever seen…as a slave.
But that night at the auction, something goes wrong. I am stolen by members of the infamous Dark Legion, a road warrior crew feared the world over. Torn from the only world I have ever known, now I have not one master, but four.
I shouldn’t want these dangerous, deadly men with their leather cuts and their growling bikes, but the deeper my captors draw me into their dark and twisted world, the more I crave what they do to me. They stole me from a powerful man who’ll stop at nothing to get me back. If I don’t find a way to escape soon, my new masters might just steal my heart.