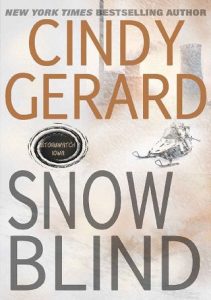 The storm sweeps in like a thief in the night…
Winter storm Holly is the worst in eighty years bringing high winds, subzero temperatures and snowfall better measured in feet than in inches. The weather paralyzes everything in its path, but, in this storm, weather isn’t the only threat.
It started out as a simple recon mission – then the worst happened. Recon evolved into an imminent threat and Rapid Response Alliance operatives, Cara Graves and Josh Haskins find themselves with less than 48 hours to circumvent a nuclear disaster. Fighting against the clock and the worst blizzard to hit the Midwest in almost a century, Cara and Josh risk everything – including their feelings for each other – to stop what the terrorists hope will be Armageddon.