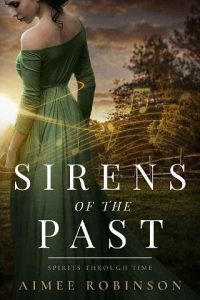 He thought he was falling into hell…until the voice of an angel offered him redemption.

Corporal Richard “D!ck” Stevens, a foul-mouthed retired soldier who fought in the Great War, learned to make his way by playing the villain. But when a near-death skirmish thrusts him sixty-nine years into the future to 1988, he lands on a horse-breeding farm tended to by a beautiful, feisty woman.

Camilla Foster spends her days training to be an opera singer while her nights are spent mucking out horse stalls in exchange for free room and board on the farm. Frustration gnaws at Cami since her inheritance would cover the training she’s desperate for, but she can only receive it once she’s married.

When D!ck disrupts her check on the horses one evening, the sexy stranger immediately gets under her skin. She’s determined to brush him off—until he’s employed as the new stable hand and cunningly persuades her into marrying him as a means to his own end.

D!ck is everything Cami despises in a person. But with her dreams on the line, a plot surfacing to end Cami’s career, and a growing attraction to this infuriating mystery man, a marriage of convenience may be the only thing to save them both.