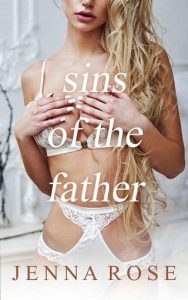 Sins of the Father by Jenna Rose – Free eBooks Download

Because he thinks that he can break me. Make me forget that he’s the reason for my dad’s death. My heart has barely healed and he’s going after it like it’s just another thing that he can buy with all his money and power. He thinks because he’s ruthlessly handsome I’ll forgive him for his sins. I’m his plaything now, but if he thinks that’s all I’ll ever be, he’s sorely mistaken.