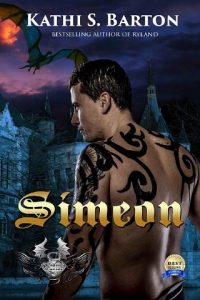 The dragon king, Anthony, entrusted Brynhilde with a quest. He had foreseen his demise and needed a reason for Bryn to find his and Jacob’s sons. A glimpse in the future had shown him that Bryn would be mated to his son Akassa, and Jacob’s son, Simeon, so he entrusted her with an ancient book. Her mission was to seek out the new dragon king when the old castle was nearly complete.
Bryn was a protector of dragons and a fierce faerie warrior. She had one weakness. If she was claimed, she had to follow the orders of whoever claimed her—even if it went against what she knew to be right and just. Over the centuries, she had been owned by many warriors and kings. But as time passed, few knew of these ancient laws and Bryn had managed to remain unclaimed—until now. Bryn had been ordered to kill the dragons.
The Dragon Slayers had all but given up on their quest to slay the dragons and the new dragon king, but when Hudson sought them out, he breathed new life into the ancient organization. Their thirst to spill blood was great.
Asher knew what Bryn had been ordered to do, and that she was mated to his brother Simeon and Akassa. The question was if Bryn could follow her heart and ignore her sworn duty. Would they all perish by the sword of this powerful faerie?