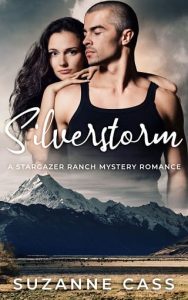 She has a secret.
He will always fight for what’s right.
They’ll need to uncover the truth if they’re to stay alive.

The last place Aria Cusak ever wanted is to be back in her deadbeat hometown. Yet, she has no other option, without a job and no place to stay, she’s pretty much hit rock bottom. She hopes to find redemption with her fractured family, but even that doesn’t go according to plan. Then a job opportunity arises at Stargazer Ranch and things start to look up.
Deputy Sheriff Jude Wilder is back on duty after recovering from a gunshot wound, when he pulls Aria over for a minor traffic violation. He remembers her as the cute, but shy girl from school with the traumatic past. But now, eight years later, she’s blossomed into a beautiful, yet somehow still vulnerable, woman.
Against his better judgement, Jude offers Aria a place to stay at his house until she can get back on her feet. Aria reveals she had a teenage crush on Jude, and things heat up between them. But when there are three murders in quick succession, and Aria becomes a suspect, Jude is torn between wanting to protect her, and doing his duty by taking her into custody.
When Aria’s nightmares from her past show up, and she becomes the next target, she thinks she’s alone, but Jude hopes to prove her wrong. He vows to put everything on the line to protect her. But when she tells him her shameful secret, will he be able to keep that promise?