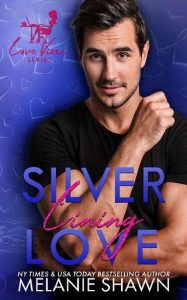 Dear Love Vixen,
Six months ago, my life changed forever, and I had no idea it was coming.
My sister—the strongest and most selfless person I’ve ever met and the kickass mom to three adorable kids—was killed in a car accident.
In an instant, I became the mom to those three adorable kids, and lemme tell ya…I am far from strong. Or kickass. In fact, up until that night, I was a party girl who never worried about anything deeper than my plans for the weekend. I’m not equipped for this—especially since I lost the person I would’ve normally leaned on in this situation!
To say I’ve been flailing would be an understatement.
There has been one bright spot in the messy-house-late-to-school-bedtime-chaos darkness, though.
My neighbor.
He comes over pretty much every evening, and spends almost the entire weekend at our place. Every weekend. He’s amazing with the kids, which isn’t surprising considering he’s the second of nine siblings and helped to raise the younger ones.
That’s kind of the problem, though. He’s always said he never wanted kids. That his childhood burned him out. That it was a dealbreaker.
So, even though the sparks are flying so fast and furious it feels like they could burn the house down (which, to be honest, with the year I’ve had, a burned-down house would pretty much fit), I don’t feel safe trusting those sparks.
Or the look in his eyes when he turns to me. Or the soft smile on his face when he watches me with the kids.
I would’ve asked my sister about this, so I’m asking you instead. And I’ve gotta warn you, those are big shoes to fill. But I trust you!
So, Love Vixen—is there a chance that a newly-reformed party girl, a guy who swore he’d never have children, and the three kids neither of them ever expected to land in their lives can come together and make an unconventional but happy family?
(Not to tell you your job or anything, but PLEASE SAY THERE IS A CHANCE!)
Heartbroken but Hopeful