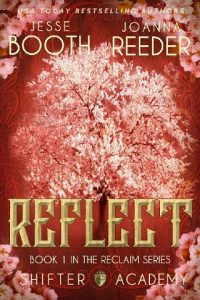 Their romance only lasted a short few months… but that was more than 100 years ago.
Ever since his fiancé, Gemma MacLugh, was killed at the hands of a dragon shifter, vampire Leif Villers has mourned his loss. Still, a part of him never gave up on her. He could hear her voice, feel her love even through the grave, relive her memories over and over until they were stripped from him.
Now Leif has discovered the final piece to bring her back from death’s clutches. He carried her brooch, never knowing it held the key to resurrecting his love.
Too bad it’s now in the hands of the formidable kraken shifter who nearly destroyed the Shifter Academy in the recent vampire/shifter war and then slithered away, never to be seen again.
————
Across time, powerful selkie Gemma MacLugh–a magic user who can shape-shift into a seal–should have a wonderful, comfortable existence at her home in New York in 1897. But jealous sisters target her with their cruelty, making life miserable. If not for her Grandmother and her best friend and fellow selkie, Frederick, things might have been truly unbearable.
But when a mermaid seer foretells her upcoming death and opportunity arises to leave her home and travel across the country to a boarding house in Washington, she takes it.
To get away from her cruel sisters.
To escape her destiny.
But is it luck or fate’s final joke when she meets a tall, dark and handsome man by the name of Leif Villers?
Their love will challenge time and death itself, but can Leif get Gemma back? Can Gemma truly escape her fate?