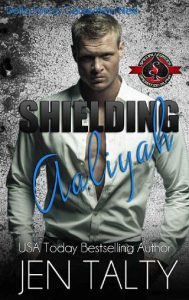 Aaliyah Rose has spent the last year dealing with the judgments of others. She can handle the finger pointing. Even the name calling. But what she can’t handle is the fact she did what any other human being would have done in her shoes and Huck knows that, yet he won’t forgive her, much less give her the time of day. So, when her cousin, Jayme Caldwell calls her and tells her that Huck Duncan is stationed at the same base as her husband, Aaliyah hops on the next plane to Texas. It’s time that Huck faces the truth on how and why his brother died.
Huckleberry “Huck” Duncan fell in love with the wrong woman and because of that fact, his brother is dead. However, he can forgive Aaliyah for her hand in his brother’s death. But what Huck can’t forgive is her lies. That is until he’s faced with the truth and those facts collide with a past he’s been trying to forget.