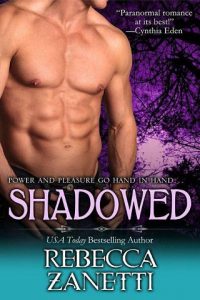 Jase Kayrs was the fun brother. The warm, charming, easy-going brother of the vampire leaders. Until he was taken and tortured by demons with their evil mind tricks for nearly five years. Upon his return, he’s dark, violent, and not the man they all thought they knew. Not the man he once was. He’s haunted that the only reason the demons would have let him live was to use him as a weapon against his family—but he can’t figure out when or how he’ll explode. Plus, once again the demons are after Jase with a vengeance…or rather, a female demon he rejected is out to destroy him.

Then the king asks Jase for a favor… a big one. To mate with one of their allies in order to save her. She’s everything that’s good and light in the world… while he’s at home with darkness. Yet he agrees… knowing mating may be the only chance to save them both.