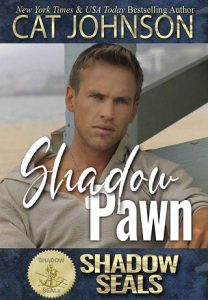 He’d spent his career hiding in shadows. Now they want to send him back into them. The question is, who are they? Is this job his saving grace or has he just made a deal with the devil?

When the military makes Navy SEAL sniper Adam Nichols their sacrificial lamb just two years shy of his retirement, he has no more reason to follow their rules. So the offer the shadowy figure representing an undisclosed organization makes him looks pretty good.
In exchange for more money than he ever made working for the command that betrayed him, Adam is to use any means necessary to free an American woman held hostage in China, without backup and without causing an international incident in the process.

With the promise of possible redemption, in addition to his obsession with the intriguing damsel in distress who kicks his protective side into high gear, his choice is clear.

But who is the tawny-skinned, sophisticated, captive beauty in the photo who rouses feelings he’s long denied? The impeccably-dressed, ebony-haired stranger with the intelligent yet secretive golden-brown eyes who seems so completely opposite from his own beastly rough nature.

He’s to rescue her, and protect her, and nothing else. Easier said than done. And after he does free her, is he handing her over to the good guys, or the bad? Or, perhaps, she’s the one he should be worried about. He only knows one thing for certain—a SEAL who’s lost the ability to trust his gut instincts is, quite simply, lost.