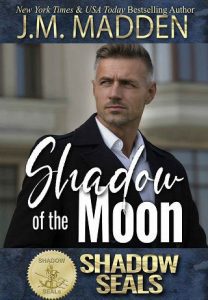 Devlin Kreed used to be one of the best Navy SEAL snipers in the business. They called him Moon Devil, because he preferred to hunt his targets during the darkest part of the night.
When he took out a high-value informant, his career was suddenly over. The Navy SEALs kicked him out the door as a liability. The op had been planned, though. The CIA promised him they would have his back, then they’d hung him out to dry, letting him take the fall for the lost target.
Now, there was a voice on the phone offering him an astronomical amount of money to take out the same man again. Because the CIA messed up. In trying to relocate the man, he’d escaped them.
CIA agent Amberly Temple knew something was hinky as soon as the folder hit her desk. It was a cold case, but one of the most high-profile ones in her department, and she suspects a dirty agent. As she tracks down witnesses and backtracks the investigation, someone tries to take her out.
Luckily her former SEAL ex-husband is there to save her ass…