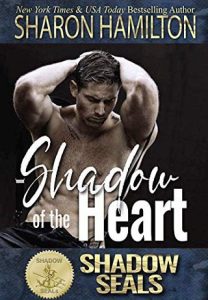 A man broken by service to his country…
Betrayed by the system that trained him…
A chance at a HEA gone forever, her life slipping through his fingers…

She was going to be Brady Rogers’ forever woman, but she was lost to him thanks to sex traffickers who kidnapped her mission group in Mexico two years ago. After six months pouring over intel, he’d found her, but was prohibited from engaging with the enemy by a fresh OIC, Lt. Rolland Stanley, straight out of the Academy via the Hamptons.

Ordered to stand down, he’d taken a round to the hip by sniper fire. Plagued by painful night sweats and seething with thoughts of revenge, he later discovers she’d been murdered in a bloody cartel turf war the next year.

Brady just barely completes his twenty and retires to the green triangle of Northern California to raise his CBDs off the grid, hoping to heal his physical as well as mental pain, but prepared to die in a shootout with the local authorities if it came to that.

He’d done his duty and felt his life was basically over.

Being antisocial wasn’t a problem. He knew he was a danger to everyone, and he could just cruise through life in a hazy fog until that day…

But imagine his surprise when a strange woman calls and tells him Esquivel Rohas, the cretin who took Maggie’s life, was also now living in California? And, would he like the opportunity to cap that story? Hell, he didn’t need the ginormous amount of money they were offering him for the capture.

His biggest problem was going to be bringing in his prey alive!