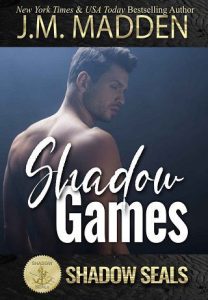 Former Navy SEAL Wyatt Thorn took the fall for a man he thought was his friend. But he was betrayed, charged with unspeakable crimes and tried by a court of his peers, where his supposed friend lied through his teeth and had him booted from the SEALs. Now Wyatt is hiding on this lonely mountain, licking his wounds.
When he receives a call from a mysterious woman, he takes it with a grain of salt. He’s been offered jobs with big payoffs before, because he’d been a damn good SEAL. Then she throws out information that NO ONE should know about what went on in the desert.
The man who betrayed him is dead, and the man’s ex-wife, Rowan, is missing.
It’s a sucker punch to the gut, because in the depths of the night, he dreams of beautiful Rowan, the only person who didn’t look at him like a criminal.
He has a chance to clear his name and save her life, but it’s going to come at a terrible emotional cost, for them both.
Assuming she’s still alive…