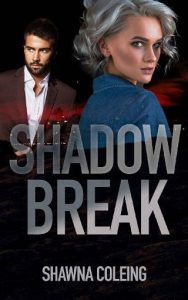 Bec has played the long game in a patient attempt to get revenge for her father’s murder, but when her carefully laid plans begin to unravel, she’s visited by a man promising to give her what she wants in exchange for her cooperation. What she doesn’t know is that her involvement will expose a web of lies that will cost more than she’s willing to pay and everything she’s spent her life fighting for could be for nothing.
Sol has never been afraid to die. With a confidence about where he’ll go, and no one to leave behind, he always gives everything to his job, trusting that when God’s ready to take him, he’ll go. But when his latest assignment sees him falling for his mark, he finds that life might hold more for him than he ever let himself believe, and it gives him a reason to live he’s never had. But Bec’s in deeper than he realized and saving her might be the thing that finally costs him his life.