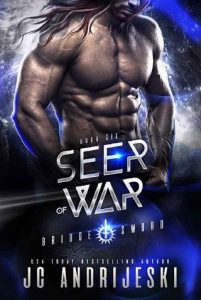 “For her Light shines the brightest, in the very Darkest of times…”
Shadow’s deadly disease now blankets the planet.
Everything points to the apocalypse, with earthquakes, rising tides, hurricanes, and New York now a military-run lockdown guarded by rich humans.
To top it off, Allie’s husband, Revik, is acting really strange––and everyone seems to know why but her.
Sociopathic seer Ditrini tells Allie Shadow is coming for her next. Only this time, he’s bringing his new pet intermediary, War, the fourth of the Four.
War is hell-bent on bringing the end of human race for good––and Allie along with it.
Unfortunately, she’s also one of Allie’s closest friends.
**NOTE: A different version of this novel was previously titled “War” (same series name)