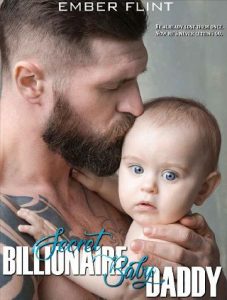 34-year-old Zeke Winston with his wild beard and tattoos might not look like your typical financier, but everybody knows not to let his appearances fool them. Businesslike, sensible and level-headed, he’s been the CEO of his family privately held, worldwide hedge fund company, E&W Capital International, for years and leads the most unromantic life ever.
Old-moneyed, hard-working, charitable and ruggedly handsome as he is, he can hardly avoid hitting the list of most eligible New York diehard bachelors every year, but he doesn’t think his status will ever change.
He is the man who can’t be moved until, suddenly, he becomes quite the opposite when he touches love for the first time one fateful night and a curvy fairy turns his life upside down.
And then she disappears like a dream and now he’ll do anything to find her, but the Big Apple has never been so immense it seems, yet no matter how heartbroken he is and how little he has to go on, he still can never forget her and will never stop looking for his little bit of sky.
He will find her. He was her first lover, she was his first love, he has already lost her once and won’t let it happen again.
22-year-old Skye Brighton is a camera-shy accountant laden with more curves than she can handle sometimes. She may be full of energy, spunky and gritty, but she’s very private, doesn’t like to draw attention to herself and she has never known much happiness. Orphaned and almost completely alone in the world, she just got unfairly fired from her first real job, but she’s used to be an underdog with no champion and won’t let this drag her down.
She thinks she’s unsinkable, she’s always been, though the universe seems to hold a bit of a grudge against her and has tried to kick her down plenty of times.
And then her life gets that much more complicated when a sexy, large, tattooed bearded gentleman drags her away, steals all of her firsts and leaves with her something she never expected to have.
A broken heart might just be the thing to finally sink her.
Wasn’t love supposed to conquer all when she finally found The One?
What the heck happened there?