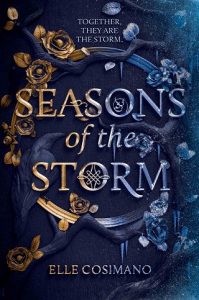 One cold, crisp night, Jack Sommers was faced with a choice—live forever according to the ancient, magical rules of Gaia, or die.

Jack chose to live, and in exchange, he became a Winter—an immortal physical embodiment of the season on Earth. Every year, he must hunt the Season who comes before him. Summer kills Spring. Autumn kills Summer. Winter kills Autumn. And Spring kills Winter.

Jack and Fleur, a Winter and a Spring, fall for each other against all odds. To be together, they’ll have to escape the cycle that’s been forcing them apart. But their creator won’t let them go without a fight.