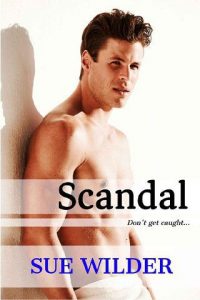 Scandal (With Me #2) by Sue Wilder – Free eBooks Download

Scandal… a deliciously twisted and explosively romantic fake relationship that turns into the unexpected.
The same scandal blew up my life. Twice. It’s about to blow up my life a third time.
Connor Lange. Powerful, wealthy, embattled.
He came to me for help. He had trouble written all over him. I should have said no. Instead, I said… yes.
Connor Lange was beyond my reach. Forbidden as a client, dangerous as a man, and ruthless in getting what he wanted. We were made for contrasts, his dark beauty against my cool blond elegance. He inspired pure lust and would be the rock on which I would willing wreck my life, arousing memories I wanted to forget.
But he had secrets. And if he lied about why he asked for help. If I believed him. I was never coming back from that.
But wasn’t that the purpose of scandal? To be so seductive… until it destroyed you.
My name is Luna St. Clair. And this… is my scandal.