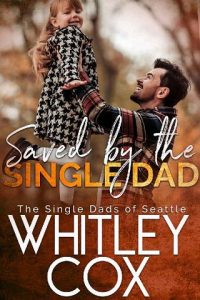 Single dad of Seattle, Mitch Benson can’t move, can’t blink, can’t think, let alone do his job and photograph the woman on stage. Every fiber of his body wakes up when Paige McPherson starts to dance. She pours out her heart, bares her grief and pain for the world to see–the same grief and pain that has ruled his every waking moment since his wife passed and left him to raise their daughter alone. Paige is dancing his truth, and in that moment, Mitch knows his life is going to change.
Paige never thought she’d notice a man again, but there’s no ignoring Mitch–or the message in the photographs he takes. Learning to dance has reignited her passion for life and shattered the protective shell she’s built around her heart. That’s not good–no matter what anyone else says, it’s her fault she lost her son, and while she’s on the healing path, it’s a long journey and one she’s determined to take alone.
Mitch knows Paige thinks she doesn’t deserve a second chance at love, but he can’t bear to back away from the one woman who makes him feel alive again. He’s willing to fight for their future, whatever it takes.
Paige can’t deny her attraction for Mitch, but moving forward means betraying her past. Now she’s faced with a new dilemma–quit her job as the head pastry chef at a very prestigious Seattle restaurant and strike off on her own, or stay working for the boss from hell. Paige isn’t sure she’s ready for all the changes. Can the single dad save her in time? Or will grief and indecision swallow her whole?