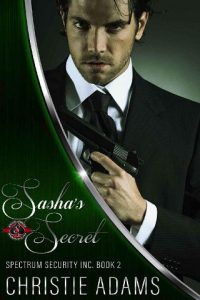 What happens when a man who’s cut himself off from his family meets a woman who reawakens his ability to feel?
Rocco Equizi takes an assignment in Texas to put extra distance between himself and his father. The former SAS trooper doesn’t know what his long-term future holds, but there’s no place in it for the family vineyard and winery in Sicily.
Working as the PA to a pop star scaling the heights of international fame is worlds away from the career that put Sasha Morgan’s life on the line countless times. When her previous experience enables her to identify the very real danger lurking in the twisted messages appearing in her employer’s social media accounts, she doesn’t expect assistance to come in the form of a hot-as-sin, half-English, half-Sicilian security expert.
Mutual attraction grows as Rocco and Sasha work together to uncover the source of the threats, but there’s only so much they can do alone. Backup comes from an unexpected source—an elite team of Delta Force operatives, led by Captain Keane “Ghost” Bryson, but the surprises don’t stop there…