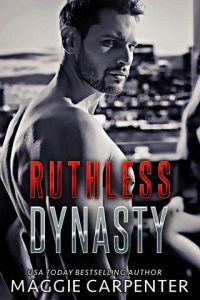 She wants the handsome, dark-haired billionaire, but the heir to a Mafia dynasty wants her.

Blake Remington
The first time billionaire Blake Remington saw Melinda Davenport he was captivated. She glided past him wearing a flimsy yellow sundress draping seductively over her luscious curves. When he learned her design company was in trouble, he made it his business to save her.
But she’s infuriating. He’s ready to throw her over his knee, show her who’s boss, then utterly ravage her and make her his.

Riccardo Campano
The son of a powerful New York mob boss, Riccardo oozes power and confidence. With his swarthy good looks and smooth-talking charm, women find him irresistible.
Except one. Melinda Davenport. He was crazy about her in college, and now she has crossed his path again. This time he won’t let her get away.

Melinda Davenport
Melinda’s design company was about to go under when Blake Remington stepped in. He’s single, sexy as hell, and his tailored suits do nothing to hide his muscled physique.
But it’s been months. They’re still fighting across a conference table, and his latest proposal is laughable.
She’s had enough. The great Blake Remington is about to find out just how determined she can be.