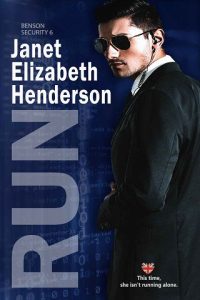 Elle Roberts wants two things in life:
One—to find out everything there is to know about the mysterious spy who keeps kissing her, and
Two—to stay off her mob family’s radar.

That isn’t too much to ask, is it? It’s not like she wants to win the lottery, or live in a Star Wars movie, or be Chris Hemsworth’s personal bather. All she wants is to not be part of a criminal organization and to tie down her elusive, and very sexy, spy—quite literally. After all, she still has a pair of fluffy pink handcuffs going to waste…

As for keeping off her family’s radar… That’s a matter of survival. It wasn’t easy growing up in the London Mob. Especially when your father is a certified psychopath who enjoys inflicting pain. So she ran. Totally understandable, right?

Unfortunately, her sticky hacker fingers got the better of her before she escaped, and she helped herself to all the information on her family she could find. On reflection, maybe not her smartest move. While she saw this information as insurance, her father viewed it as motivation to find her—hence her current predicament.

Her family has found her.
And they don’t care who they have to kill to get her back.

Because of Elle, her team at Benson Security has gone into hiding. Mobsters are hunting her and willing to hurt anyone who might get in their way. And the cops and every other law enforcement agency on the planet are desperate to get hold of her and turn her into a witness against her family.

Oh yeah, and remember the spy who’s been teasing her for years? Well, he’s back too.
And he’s brought along a whole heap of secrets of his own.

*** This is a standalone novel. You don’t have to have read any other books in the series to enjoy it. ***