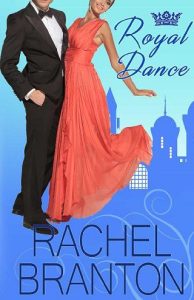 When Prince Tristian Fontaine asks Harper Thackery to remodel the interior of his family home, she isn’t sure it’s her design skills he really requires. His primary intent appears to be using their relationship to deflect other women and his matchmaking mother. He knows Harper intends to marry another man, which makes her safe—completely off limits by her own decree.
But why does Tristian have to dance so . . . well, like a prince? And why does his gaze turn her insides to liquid fire?
Harper finds herself torn between two dreams, the happily-ever-after she always imagined and a fairy tale that might not be real. All because of a magical night and a chance meeting with a prince.
If only she has the courage to accept one last dance that might change everything. Because in Beaumont, fairy tales do come true.

Note: The author originally wrote this story as part of Amazon’s Kindle World Royals of Monterra, but the story has been rewritten to reflect the new series.