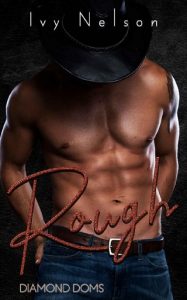 To the rest of the world Jax Fischer is a heroic veteran who deserves more than the medals and commendations he doesn’t like to talk about. To Dakota Hylander, heiress to the country’s biggest cattle fortune, he’s the coward who abandoned his responsibility.
At least that’s who he was over a decade ago.
Now he’s older, hotter, and someone Dakota doesn’t recognize. So when he walked into Club Solitaire for the grand opening looking like molten sin poured into a pair of tight jeans, she knew she had to have him. That’s how she wound up in his bed without knowing his name.
Their night of passion turns to an explosive fight that sends her running when she discovers his identity. They agree to avoid each other and never speak of their night together for the good of Club Solitaire.
After nearly three years of avoidance, an imminent threat has the soldier turned private investigator digging into Dakota’s life, and they can no longer avoid each other or the past.
Their chemistry is undeniable and there’s more to Jax’s story than meets the eye. Dakota just has to decide if she wants to hear it.