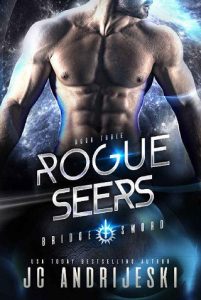 “I was now, officially, a real terrorist…”
After losing her husband, Allie fights to prevent the human and seer worlds from exploding into all-out war.
But her husband, Revik, isn’t really gone.
Instead he’s transformed into someone she barely knows.
Now they’re on opposites sides of a racial war––a war he wants to see play out, a war he’s ready for, and worse, one he’s already fighting.
Compromise with him might be impossible, but it also might be the only way she can save him from himself.
It might also be the only way to keep him from killing everyone she loves.