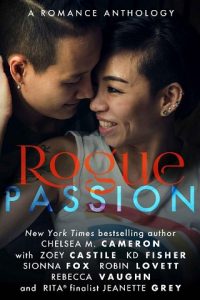 The political becomes intensely personal in these seven brand new romances, featuring characters who love as passionately as they #resist…

The Girl in the Picture by Chelsea M. Cameron
When a picture of her at a protest march goes viral, Saylor Talbot is inundated with interview requests. She meets with one particular journalist, Echo Nguyen, and sparks fly. They’ll have to keep things above board, at least until their professional relationship is over. But can they hold off until then?

The Suit and the Doll by Zoey Castile
Sofia Bernal has lost her father, her scholarship, her boyfriend in the past year. After dropping out of law school, the only way to make ends meet is working admissions at a stripclub near Wall Street. She’s living life day by day, trying to pull herself back together after a hellish year. Then, a tipsy customer changes her life. Rory Donovan is a small town boy in a city bigger than anything he ever dreamed. Working for a land developer was supposed to be his ticket to saving his family’s legacy. But when he’s assigned a project that goes against his ethics, he goes into a downward spiral and winds up at a place he never though he would—a stripclub. Can a passionate night help two strangers find answers to both their troubles?

Nature’s Heart by KD Fisher
Public-interest attorney Harry Walsh has dedicated his life to promoting environmental justice. He may be young but he’s whip-smart and refuses to give up in the face of a challenge. Max Novak is exhausted and angry. He’s sick of the government’s crappy environmental track record and he’s pissed off that a proposed natural gas pipeline could wreak havoc on the land he loves. Neither man can deny the explosive chemistry between them, even if Harry knows a relationship with a client could prove disastrous for his career and personal ethics. As Harry and Max work to oppose the pipeline, both men worry they will be unable to resist their attraction with nearly as much conviction.

Fight Fire with Fire by Sionna Fox
Frannie Thorpe is on the verge of getting everything she ever wanted, crowned by securing an exhibition of the work of late queer photographer Rian Sampson–until her funding is put in jeopardy by a would-be senator with an eye on slashing public funding for “pornography.” Ashley Patterson, Sampson’s muse and erstwhile indie music darling, steps in to help close the funding gap. Working together to save the show creates sparks, but neither woman is prepared for the fire between them.

Schooling Her by Robin Lovett
Headmistress Regina Masterson has a problem bigger than the pay gap among her faculty. The new school dean, Phillip Young, is too good at both his job and turning her on. Working together to change a conservative school culture may be easier than resisting the man she hired. If they’re not careful, Phillip may end up headmastering Regina all over her desk on their way to equal pay for equal work.

A Safe Place by Rebecca Vaughn
When opera student Jonas takes refuge from bullies in a campus record store, he gets more than just a safe place to hide. Within, he discovers Troy, the handsome clerk he’s been crushing on, is none other than the infamous Oak Leaf, whose “Love is Love” street art has been making waves around the school. Troy invites Jonas on an adventurous subversive art installation, where sparks ignite between them as they both question the role of art in the face of oppression.

Taking Aim by Jeanette Grey
Teacher Julie Chao never wanted to be an activist. But after a shooting at her school, she can’t stay silent any longer. When a mysterious, gorgeous stranger offers advice on getting her message out, she takes it. But the man is clearly hiding something. They may have chemistry, but how can she trust him, once she finds out who he really is?