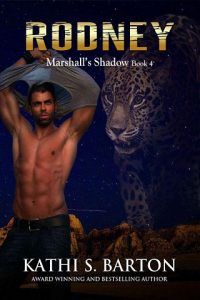 Rebel had been called to the US when she’d been informed that her brother was dying, but she arrived too late. He left behind a devastated wife, two small children, and a load of debt. Rebel stayed to help out as best she could, taking a job at the local hospital, but working conditions there were unbearable, and she had no choice but to quit or kill someone—namely the head nurse. And as a doctor, she had taken an oath to save lives, not take them.

Rodney ran a small practice. He handled the medical care for the local schools and worked at the hospital when needed for emergencies. And when a little boy came into his office to get stitched up from being ambushed by bullies, Rodney knew he had to get to the bottom of the problem. When the boy’s Aunt Rebel shows up and takes over, Rodney instantly knows who she is to him—his mate. Having to approach her with the subject had his cat curling up inside him. He had watched his brothers flounder around with their new mates, and he didn’t want to start off on the wrong foot.

It didn’t take but a minute for Rebel to assess the new situation, and she wasn’t sure how she felt about it. She also needed a job, not a handout. She was a doctor, damn it, and a good one. No man, especially one she didn’t know, was going to order her around. If he thought he could, she’d let him know fast that she was no pushover.