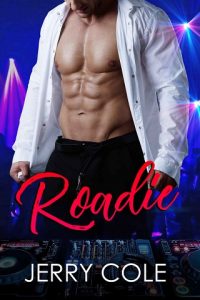 When roadie Wyatt Damon meets superstar DJ Vicio, he thinks this is just another stuck up club kid who made it too big too soon. This spoiled brat is demanding, insensitive, and completely and utterly clueless. Not that Wyatt minds. He’s used to all this, and he just gets the stage set up ready for the big night.

After a successful event, Vicente “Vicio” Almodovar invites all the most helpful staff to a VIP after party with him, as a little show of gratitude for their hard work. Despite a little friction between himself and the roadie, he invites Wyatt to also apologize for his own pushiness. This guy knew what he was doing after all. Depressed about the restrictions placed on him by his agent, Vicio gets drunk out of his mind and all his “friends” abandon him at the club.

Wyatt is the only person who makes an effort to take care of Vicio that night, and Vicio swears he will make it up to Wyatt. But Wyatt doesn’t care for the finer things in life; all he wants is to be Vicio’s full time roadie.

As Vicio attempts to repay his debt to Wyatt and Wyatt learns more about the real person behind the artist’s name, the two grow closer than they have ever been to anyone. But can a love between an extravagant internationally famous DJ and a humble, blue-collar worker succeed against the odds? Or is it doomed to fail?