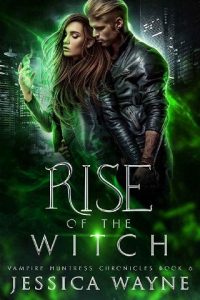 Delaney’s life ended all over again when the glamour broke and she saw Cole’s bloodied, lifeless body. People say something snaps when you lose part of your soul, but even she hadn’t been prepared for the darkness that would fill the vacancy.
Now she’s determined to make every single supernatural in Billings pay for his death. Even if it kills her.
Cole never had given much thought to dying…but the process was a hell of a lot quicker than it should have been. When he wakes up and realizes Delaney’s on a warpath straight to the top of the new supernatural regime, he scrambles to find her before it’s too late.
But he’s not the only one hunting her.