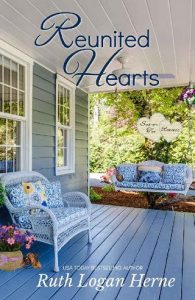 She’d sacrificed to ensure Trent Michaels’ future, but when circumstances bring them together twelve years later and Trent sees her son– his son– in person, her choices didn’t seem all that sacrificial any more.
Trent Michaels came back to Jamison, NY with two goals in mind: To help a town that had fallen on tough times… a town that had loved and supported an abandoned child… get back on its feet. A West Point graduate, decorated veteran and a military expert, Trent is ready to help Walker Electronics procure military contracts that will bring jobs and opportunity back to the Southern Tier town of Western New York. He didn’t bargain on running into his first love, Alyssa Langley, and he had no idea he’d come face to face with a boy– his boy– a son she’d kept secret all these years.
Anger consumes him. Alyssa’s actions touch all the old buttons of being an abandoned child, cast off like garbage in a woods along the Southern Tier Expressway. The loss of his little brother, Clay. The ache inside him because his poor excuse for a mother hadn’t even had the decency to drop the boys off together so that Trent might have been able to save Clay.
But Trent’s military training and his heightened sense of awareness challenge the anger.
Alyssa believed she was doing the right thing, saving his West Point appointment and his future.
It wasn’t right in Trent’s eyes, but his faith has taught him that self-sacrifice was a good thing. Did he believe that or not? And now that he’d met Jaden, a new life path opens up before him. He’s a father. He needs to act like one.
Alyssa’s pregnancy in the summer following their senior year in school dealt a crushing blow. She’d never been what her father wanted. Needed. Longed for. Gary Langley wanted his only child to achieve everything she could. A restaurant owner, he saw his success as mundane and he wanted more than ordinary for his daughter: Gary wanted her to reach for the stars.
Alyssa didn’t want or need stars. She loved her family, her town, Trent and the restaurant business but one night of teen passion changed the course of events. Once again she’s disappointed her dad, By the time she comes back to Jamison with Jaden and her three-year-old daughter Cory, she’s got a history of mistakes, a boatload of guilt and her singular mission is to help her parents run their busy restaurant while Gary recovers from major heart surgery.
And then Trent comes to town…
Two hearts, united as one once… can they find the faith, hope, love and trust to rebuild what they almost had twelve years before? A beautiful love, set back in motion by God’s timing.
And a couple of really cute kids doesn’t hurt a thing.